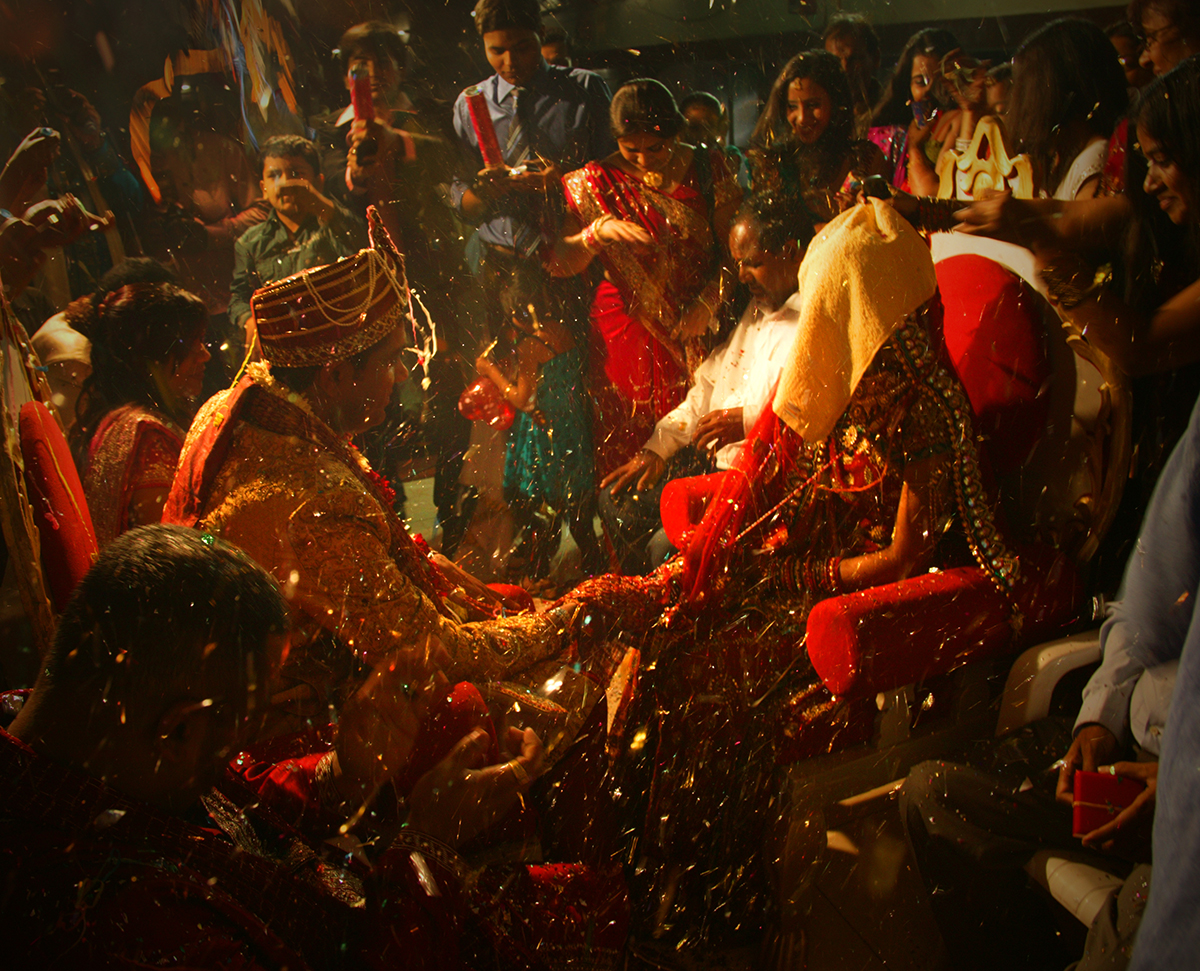 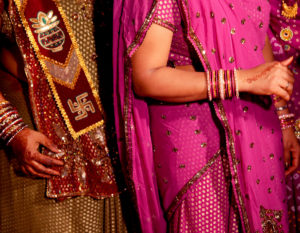 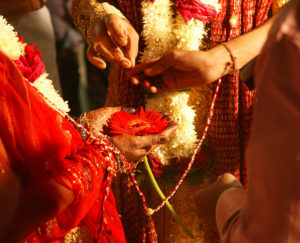 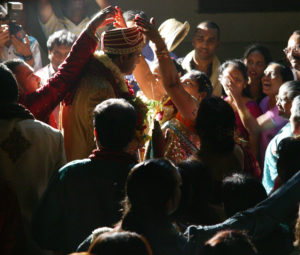 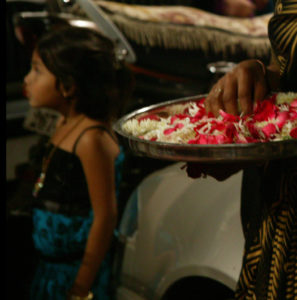 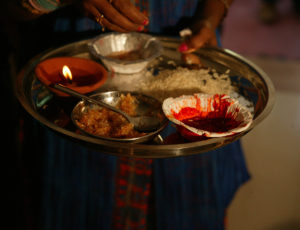 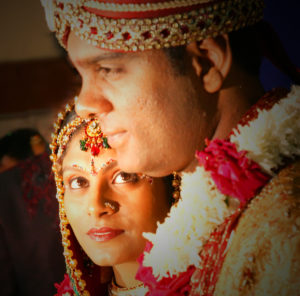 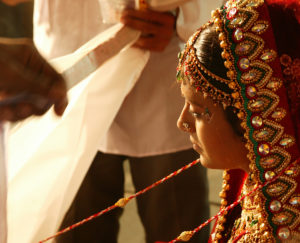 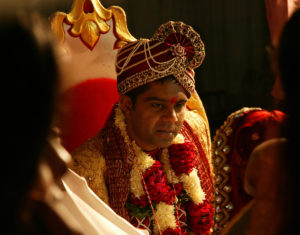 When a customer asked me to go over to India and photograph his Indian Hindu wedding ceremony, I was obviously very excited about the prospect. What a privilege to visit the Indian sub-continent but also to photograph this colourful Hindu wedding ceremony. I had visited India on one previous occasion, so I knew what an extraordinary place India was, with it’s customs, religion, food and landscape. Nothing however, could prepare me for this ceremony, which was so rich in so many ways.

If you have visited India then you will know how prevalent colour is across the country. With the light and the skin tone of the people, even the most vivid of pinks and blues look so well here. In contrast, the grey light and the skin tone looks so bad with any colour whatsoever, in England. And so with the camera bag packed, I flew to Mumbai, the wedding being a couple of hours north of the financial capital of India and home to the renowned Bollywood film industry.

The wedding had so many interesting rituals for me to photograph, which led to the most unusual collection of images. Here is a small edit of the main ceremony, but prior to going inside the ceremony hall, there was a three hour procession through the streets of the town, with a band which consisted mainly of brass instruments. After that, there was a firework display in the middle of the street which caused chaos with the traffic, but no one seemed to mind. They were more interested in the goings-on, to be in any rush to move on.

And so after many hours of this incredible spectacle, this Indian Hindu wedding ceremony concluded with gifts to the couple being presented and a ritual with fire. After that it was home to bed as there were many things to photograph over the following days, not least the cityscape of Mumbai.

If you want a taster of this incredible country then click on the link below.