The almond blossom in certain areas of the White Isle

Is it called the White Isle because of the blossom?

Image By Britton Brothers Ibiza, Personal Jan 31, 2013 No Comments on Is it called the White Isle because of the blossom? 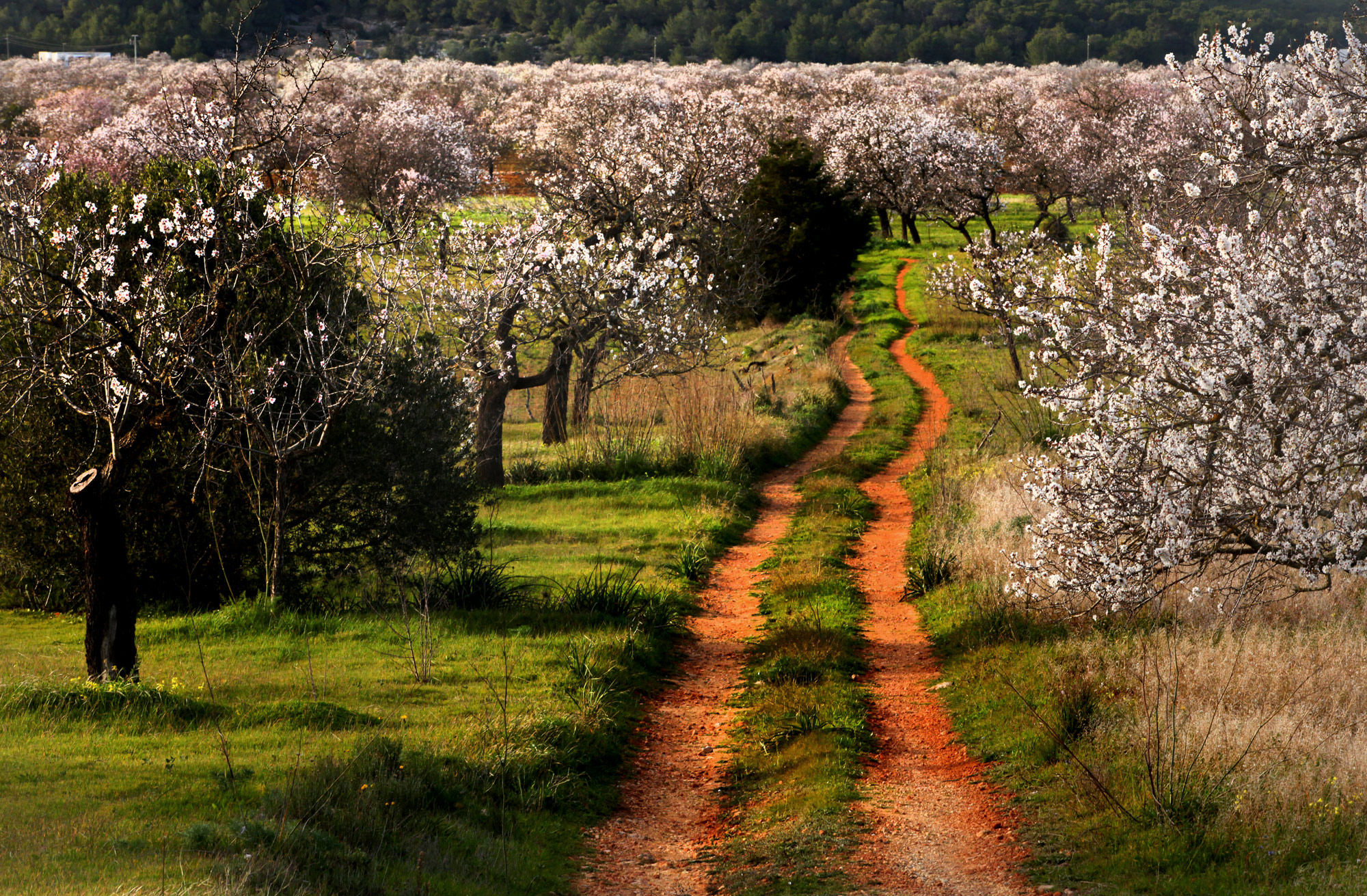 We’ve just arrived home from the Balearic island of Ibiza. I’ve never researched why Ibiza is called the White Isle but one possible reason could be to do with the abundance of almond blossom at this time of year. In January a beautiful spectacle near Santa Agnes in the north west appears.

On certain evenings when there is a full moon, there are organised walks at night. You can walk under the canopies of the trees where the almond blossom is illuminated by the reflected light. In this part of the island it is easy to understand why it is sometimes referred to as the White Isle. This spectacle begins around the end of January and into February. It transforms the landscape.

We have used this part of the island many times. It is beautiful and rural. Although the almond blossom has long since disappeared by the time the busy wedding season arrives, it nevertheless is a beautiful landscape to photograph. Personally, we think this is the most beautiful part of Ibiza. It is also incredibly peaceful.

These photographs will primarily be used in stock libraries like Getty and Alamy. One has already been used on a calendar so we hope to have a positive reaction to this latest shoot on the White Isle.